DC Moments in the eyes of YMS Students...
​ 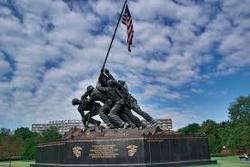 MARINE CORP MEMORIAL AT ARLINGTON
During my time in Washington D.C. I was lucky enough to witness a member of the Marine Corps promoted to captain. It was such an amazing ceremony, and I have gained so much more respect than I already had for the military. It was a truly amazing feeling to be a part of something so special. It was be a moment I will never forget.

Lily Dimmick-Russell is an avid athlete. She looks forward to Global Studies next year and has traveled to India, Costa Rica and the United Kingdom 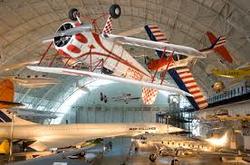 Udvar-Hazy Air and Space Museum
We woke up early Thursday morning. Got ready and prepared for a new day. We arrived at the Udvar-Hazy national Smithsonian museum in Fairfax, Virginia. The museum, from the outside, was noticeably immense, as it is composed of airplane hangars. We entered the Air and Space center and we were immersed into a new, amazing world aeronautical wonders. We watched a quick film about the deadly battle of D-Day in 3D at the IMax theatre. After the film, we were free to go, my friends and I took off into the hangars to get the full experience. We first visited the military and rescue helicopters, along with US military fighter jets. We then visited the space shuttles and other pieces of equipment, the Apollo spacecraft and satellites. Wrapping up our visit with the one and only “Enola Gay”, we were satisfied with our trip. It was truly amazing, the entire museum. I could easily stay there for 48 hours straight just looking at everything. I hope someday, I will be able to visit the Udvar-Hazy Museum again.